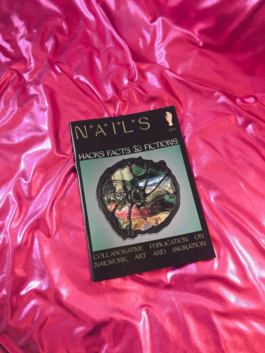 In 2019 the N * A * I * L * S collective gathered different contributions that imagine the nail salon as a queer site of critical, trans-cultural practices and intersectional care politics in a magazine. Through the collected essays, interviews, collages and art works, nails are approached as a collective interface for getting in touch with the conditions liquefied in nail aesthetics and embodied in care work. The magazine was launched at DISTRICT Berlin.

In 2020 the exhibtion Corneous Stories and workshops took place at Škuc Gallery, in the framework of International Festival of Contemporary Arts – City of Women, Ljubljana. 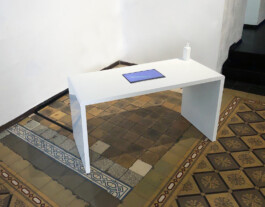